It wasn’t the lines of the multi-million-dollar yacht off the Sunshine Coast that caught the Victoria sailors’ eyes so much as the lines on the stern identifying it as the “Lucky Sperm” of “Climax, PA.”

Eye-popping boat names are nothing new in B.C.’s coastal waters. Swiftsure event chair Bill Conconi remembers the ominous-sounding Running With Scissors entering one year. Elsewhere on the water, he’s seen a Sea Deuce and even a boat called Klee-Taurus. 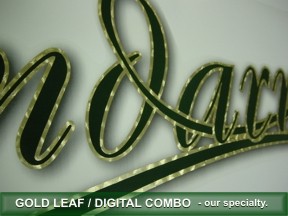 The Victoria sailors were hardly the first to raise an eyebrow over the boat christened Lucky Sperm. It rates several nominations on yachting websites for the worst or most tasteless boat name.

“He considers himself a very fortunate person,” says Driver, who refused to identify the owner. All that’s known is that the Californian has a vineyard, and his family were once San Francisco newspaper owners.

Victoria MP David Anderson named his boat Rose Ellen after his grandmother, who died just before he built the boat from the hull up more than 25 years ago.

The veteran sailor, who once spent six months sailing the South Seas in his post-provincial-politics days, had an earlier boat, Molly Hogan.

It never occurred to him to change its name from what is both a pub name and a logging term — it refers to a piece of wire or rope.

“It’s bad luck,” says Anderson. “Why take the risk? I take enough risks in my life.”

In fact, sailors are a superstitious lot and prone to cleansing rituals to avoid disasters at sea. Bad luck is supposed to follow a boat’s re-naming without the precautions of a name-change ceremony.

Royal Victoria Yacht Club commodore Vern Burkhardt isn’t letting superstition deter him from coming up with a new name for his Sea Bea II. He acquired the boat more than six years ago, but calls the name change “a work in progress.” The commodore and his wife want a name that reflects their love of opera. An obvious one, the Flying Dutchman, has been used a few times already.

Jim McLauchlan of Oak Bay Sailing School isn’t worried about changing a boat’s name. He’s even done it himself. He doesn’t completely dismiss the superstition surrounding name changes and even held a re-naming ceremony for his boat.

First, it required eradicating all references to the boat’s old name from everything from the actual vessel to objects such as lifebuoys and any papers aboard. The old name can also never be mentioned again.

McLauchlan then gave a glowing speech to appease Neptune and other deities of the seas who might otherwise be offended. A bottle of champagne was smashed against the bow.

Many sailors might regard that as a waste of champagne. Some re-naming ceremonies call for just splashing a bit of bubbly around the deck and drinking the rest.

Some ceremonies ensuring subsequent safe sailing for a re-named boat even include the participation of a virgin. Others simply call for a new keel bolt or a coin under the mast as a safeguard.

What’s in a boat name?

Questions to consider when naming a boat:

– How often do you want to explain what the name means?

*How sappy is the name?

– Can you stand the kidding if your boat named something such as MagicBullet or Speedy Wins finishes last in races?

– How easily can names such as Serenity be bastardized by friends and foes into something like Senility?

– Will the name be easily understood in a May Day radio call?

Ran with fact box “What’s in a boat name” which has been appended to the story.