Boat lettering is often obscured by a dinghy on the transom sitting up on its davits and lettering port and starboard on the house is a great additional way to display your graphic.  Traditionally, many cabins had running lights and name boards, so this isn’t a new idea. It makes a lot of sense, esp back at the marina or say in the Ballard Locks when you’re two feet from your neighbor.  All these look great, the problem is in picking the favorite for me.  Which one do you like best?  I use a cool photoshop technique to create rope lettering ideas sometimes.

A little background on this particular boat name:  According to the teachings of the Buddha, life is comparable to a river. It is a progressive moment, a successive series of different moments, joining together to give the impression of one continuous flow. It moves from cause to cause, effect to effect, one point to another, one state of existence to another, giving an outward impression that it is one continuous and unified movement, where as in reality it is not. The river of yesterday is not the same as the river of today. The river of this moment is not going to be the same as the river of the next moment. So does life. It changes continuously, becomes something or the other from moment to moment.

I intend to live forever. So far, so good. 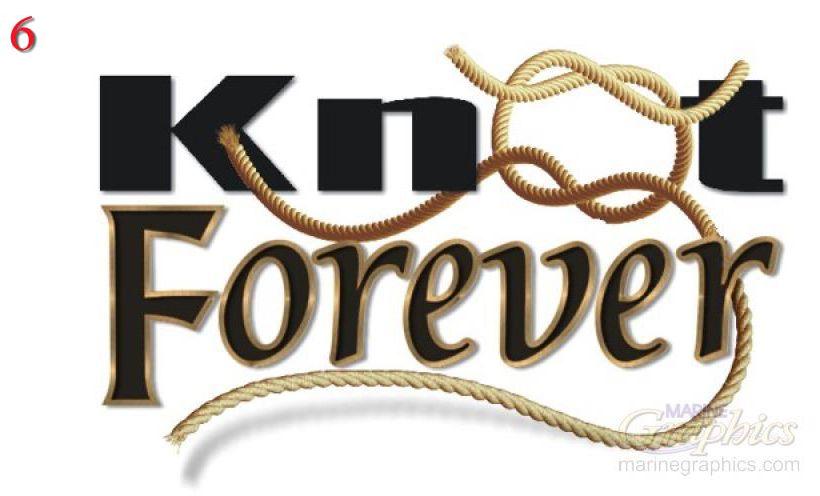 Success is not forever and failure isn’t fatal.

In America, the President reigns for four years, and Journalism governs forever and ever.

Impermanence, also called Anicca or Anitya, is one of the essential doctrines and a part of three marks of existence in Buddhism. The doctrine asserts that all of conditioned existence, without exception, is “transient, evanescent, inconstant”.

Early Buddhism dealt with the problem of impermanence in a very rationale manner. This concept is known as anicca in Buddhism, according to which, impermanence is an undeniable and inescapable fact of human existence from which nothing that belongs to this earth is ever free.

Buddhism declares that there are five processes on which no human being has control and which none can ever change. These five processes are namely, the process of growing old, of not falling sick, of dying, of decay of things that are perishable and of the passing away of that which is liable to pass. Buddhism however suggests that escape from these is possible and it’s through Nirvana.

See these boat names on the customer’s boat at their own page which we used to decide what the best lettering options were.