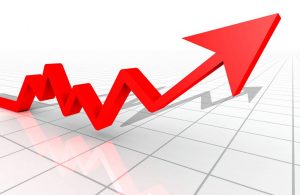 Just how many new boats splash each year in the United States? A few years ago we found this stat and posted it. Interesting 15 years later the NMMA produces this for comparison.

“The close of 2017 marked our sixth consecutive year of growth in new boat sales and recreational boating expenditures, and we expect that trend to continue through 2018, and possibly beyond,” said Thom Dammrich, NMMA president. “On the horizon, if economic indicators remain favorable to the recreational boating market with strong consumer confidence, a healthy housing market, rising disposable income and consumer spending, and historically low interest rates, the outlook is good for boat sales.”

Boat manufacturers and dealers around the U.S. are preparing for a busy winter boat show season – a crucial selling period for the industry. Manufacturers debut their latest innovations and products at boat shows—important selling and marketing events that can generate as much as 50 percent of annual sales for manufacturers and dealers. Shoppers can expect to find incentives and some of the best deals of the year at boat shows with the added convenience of being able to compare different boat models, and different dealers, in one location.

Expect to get a read on buyer trends and sales for the year ahead at this winter’s boat shows, including:

Versatile family fun boats: Manufacturers continue to build more accessible and versatile watercraft to attract new and younger boaters, offering an all-in-one experience from fishing to cruising to watersports. Sales are expected to be up for ski and wake boats (seven percent), pontoons (7-8 percent) and personal watercraft (5-6 percent) in 2017.

Cruisers: Boats between 22 and 32 feet, and popular for relaxing, entertaining and ‘cruising,’ are on the rise with estimated gains of 9-10 percent in 2017. With consumer confidence and consumer spending at strong levels, sales of these mid-sized powerboats are expected to continue the upward trend in the year ahead.

U.S. Recreational Boating by the Numbers