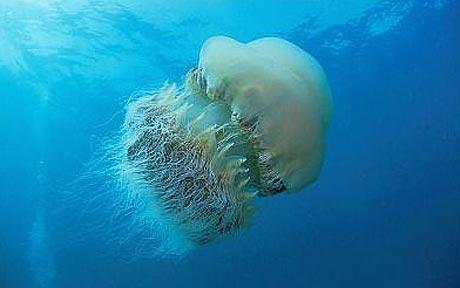 10 Ton Boat Sunk by Giant Jellyfish: “The Diasan Shinsho-maru, a Japanese fishing vessel weighing in at over 10 tons, was sunk off of the coast of Japan when trying to haul in a number of giant jellyfish. The Japanese trawler was manned by three fisherman who were trying to capture a haul of Nomura’s jellyfish. The boat capsized sending the three man crew into the water off of the coast of Chiba. All three men were successfully rescued by another fishing boat near by.

One of the largest species of jellyfish in existence today, the Nomura jellyfish can grow to have a diameter in excess of six and half a feet long (over 2 meters) and can weigh up to well over four hundred pounds (200 kg).”